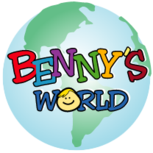 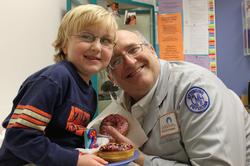 Benny's World is a proud founding member of the DIPG Collaborative.

On Friday January 18th, 2008, Benjamin Benaud Watters, "Benny", was diagnosed with a brain-stem tumor (Diffuse Intrinsic Pontine Glioma). Our first indication that something was wrong began in November 2007 when his left eye started to cross. It was thought he had strabismus and glasses and patching were prescribed but the eye failed to improve. On January 18th he had an MRI and to our shock they discovered the tumor.

Benny was only two when he was diagnosed, he was 5 1/2 years old when he died.  During the 33 months that he battled his tumor he participated in 5 clinical trials.  He was a happy, sports loving 5 year old, adored by his big sisters Lily and Bella and parents Lisa and Brendan.  He loved drawing, playing with his friends and he loved Wii, and games on the iPad and computer.

Benny and the Watters Family have friends and family all over the world, inspiring the foundations name, Benny's World.

​Benny’s World is a 501(c)(3) non-profit foundation established to fund research to find a cure for pediatric brain stem tumors, specifically targeting Diffuse Intrinsic Pontine Glioma (DIPG). Benny Watters was diagnosed with a DIPG on January 18th, 2008 a few months before his 3rd birthday. On September 8th, 2010 after 33 months battling his tumor, our sweet Benny passed away.  The foundation was established in March 2008 by his family. 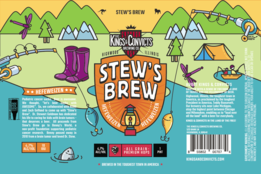 This website is a place to learn about Benny and DIPG, a place for smiles and hope inspired by Benny.  Learn how we are continuing to contribute towards finding a cure for this devastating disease.

The DIPG COLLABORATIVE is a collection of foundations with the shared mission of efficiently funding and inspiring Diffuse Intrinsic Pontine Glioma cancer research with the belief that through a cure for DIPG, significant advances in other cancer research will be made.